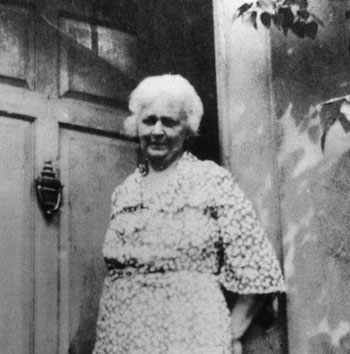 Luanna's 18th-century Deerfield home contained several looms upon which she wove hand-dyed woolen and linen threads into domestic items including bedspreads, table runners, wall hangings, and curtains. The Deerfield Handicraft Shop was located in the back of her home. Here, tourists could purchase baskets, woven by the Thorn and Franklin families, antiques, and Luanna's textiles.

Luanna was an active member of the Society of Deerfield Industries. In addition to weaving for the Deerfield Rug Makers, and exhibiting with the Society, she served, at times, as the Society's first and second vice-president. After his husband's death in 1920, Luanna was able to support herself and her six children by weaving.