Involved in the February 1704, Raid on Deerfield 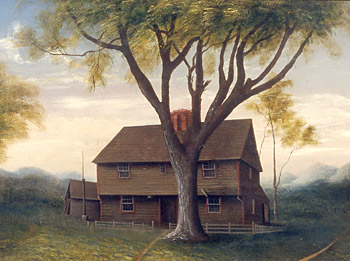 Tourists were fascinated by the famous French and Indian raid that resulted in a forced march of over 100 Deerfield adults and children into Canada in the winter of 1704. The c. 1699 Old Indian house (taken down, 1848) stood in the fortified settlement destroyed during the conflict.